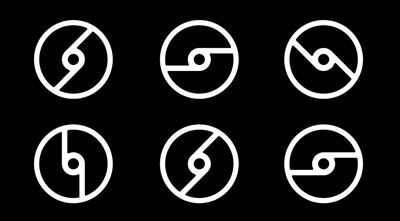 The idea was born from aesthetically confronting the strategies of nature in relationship with its own environment (Flowers), with the technological and scientific developments that as living organisms, we also develop to relate to the world and know it (Antennas).

Inside the room, the exhibition consists of two main pieces, the first is basically a mural of images of observatories and scientific experiments working now in various places on the peninsula, confronted with different images of the wild Asturian flora.

Seeking to aesthetically homogenize the conceptual idea of confronting both types of images, we decided to treat the images with a physical filter, in such a way that all images, regardless of their color and chromatic situation, have the same treatment. This homogenization of the color that apparently makes no photograph stand out above another, forces you to get closer and check the details of each image, very closely. The matrix resulting from its placement also reminds us of some experiments or detectors, used in the investigation of various physical and astronomical phenomena, etc.

Among the images of “antennas” that we show, there are places such as the Hispano-German Observatory of Calar Alto (Almería), the center of the INTA-NASA deep space network in Fresnedillas de la Oliva (Madrid) or observation area in Izaña (Tenerife), where we can observe some image of research as important as the one carried out through the Quijote experiment (CMB).

The second installation, which occupies most of the central part of the room, is also inspired by the same idea (Flowers and Antennas) but this time, we focus more on a specific physical phenomenon, such as cosmic radiation and its consequences ( cosmic rays, atmospheric waterfalls, etc). It is for this reason that the viewer finds himself before an artificial garden, which emerges on a kind of light topography. A light mesh work as if it were a cosmic ray detector, pointing out on each coordinate where the resulting particles fall and on which plant in the garden it interacts. At first there is nothing that reveals the real reason for such variations of light in the space, but it is at the back of the room and following the line that connects the installation with two large screens, where it is noticed that there is a possible relationship between the abstract graphics shown and the light changes in the garden.

And it is that these graphs, generated in real time, act in a similar way to the particles that we could visualize in the experiment called “cloud chamber”, where through different chemical reactions, we can visualize how particles (Alpha, Electrons, Muons , etc) coming from secondary cosmic rays, they pass through us constantly, literally.